Within the frame of Virlanie's support program put in place at the Social Development Center, a new partnership has been concluded with a local not-for-profit organization, Warriors For Peace Pilipinas. This organization is now involved at the SDC and is proposing weekly aikido sessions for the children at the center.

Warriors For Peace Pilipinas (W4P) is a non-governmental and not-for-profit organization, promoting the use of aikido to approach conflict and help bringing peace between the communities in a positive and constructive manner. Based in the Philippines, W4P develops and executes programs that address the education, practice and network with other groups and individuals interested in exploring alternative and innovative ways of conflict education and peace work. The main objective of W4P is to spread awareness towards a more adept community in dealing with conflict. This approach can be brought by different methods in teaching and integrating aikido and its unique properties in addressing how individuals react to, respond to, work with, and handle problems that might otherwise have negative results.

Aikido, Japanese martial art, means “the way of harmonizing with the universal energy”. Originally,  Morihei Ueshiba developed a martial art which was based on a brutal Japanese art called Budo or Bushido (the way of the samurai). Aikido was then officially established in 1942.
Several principles and virtues are taught by Aikido: humility and gratitude; respect for others; empathy, harmony and cooperation; reconciliation; openness; integrity.
W4P propagates the aikido as a vehicle for understanding and transforming conflict. It works with communities to develop its capacities to constructively approach conflict. It mentors aikidokas to further the aikido approach in conflict transformation and advocates changes in systems and structures toward non-violent means. 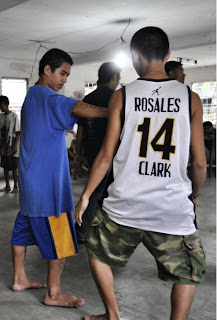 W4P has deployed a team of volunteers at the SDC to share its knowledge and skills throughout the teaching of aikido technics to the children. The activity program aims at promoting peace between the children with the use of a non-violent conflict management approach. The aikido practice should help the children to better control their anger and frustrations, while reaching a more balanced emotional state. These weekly sessions will encourage self-expression and individual developpment of each young participant. The volunteers from W4P will not only teach the respect of others and their differences, but also attempt to changing the way of thinking of these children often coming from underpriviledged communities, where violence is frequently displaced.

To conclude, the ultimate objective of this new formed partnership is to inform and educate the children, and also the team members of the SDC, in preventing conflicts usually generated by understanding issues. This should definitely bring a safe and peaceful atmosphere for everyone at the center!
Posted by BACOLOD COMMUNITY DEVELOPMENT PROGRAM at 10:59 AM No comments:

Partnership with the University of Negros Occidental – Recoletos (UNO-R)

Virlanie-Bacolod's team had been discussing with the President of University of Negros Occidental – Recoletos (UNO-R) for a few months already about a possible collaboration with the Social Development Center (SDC). This month of August, it reached a final point with the official signature of a partnership between the representatives of UNO-R and SDC.

Virlanie Foundation was represented by Mr. Dominique Lemay, Founder President, Mrs Sara Vial and Mr. Ton-Trong Ho, Virlanie-Bacolod Program Managers, and Miss Pauline Maura, Virlanie-Bacolod Human Rights Coordinator. Mrs Gina F. Castro, Head of the SDC, also joined the signature of the Memorandum of Agreement and she will be responsible to ensure the sound implementation of the partnership within the SDC facilities.

The collaboration with UNO-R aims at offering an efficient and continous support at the SDC. The University is indeed committing to provide human resources in various areas: interns specialized in psychology, social work and criminology justice, will help reinforcing the skills and knowledge of the local team of the SDC. In addition, engineering students will offer specific support dedicated to the rehabilitation of the center in order to renovate and upgrade its facilities.

This partnership actually represents the promise of huge benefits for the SDC and its children, and it is definitely the beginning of sustainable and strong collaborative efforts. 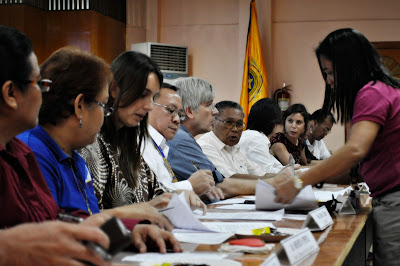 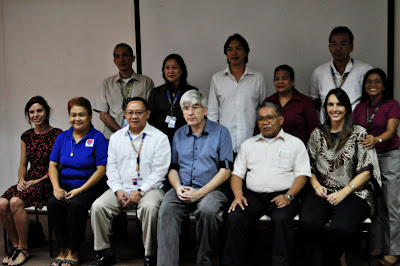 Posted by BACOLOD COMMUNITY DEVELOPMENT PROGRAM at 10:43 AM No comments:

Last July 25th, Bacolod City Mayor published the Executive Order n°14-2012, establishing the Bacolod community development consortium for the People-Private-Public Partnership (PPPP). The objectives of the consortium is to increase the cooperation between the public and private sectors, as well as with the civil society, in the development and implementation of infrastructures and services dedicated to the whole community. This comes in line with the PPPP program, which was initiated by the City last March 2011. 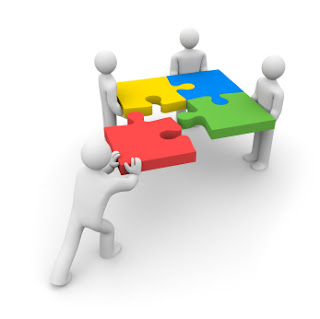 The participants had the opportunity to discuss the details related to the sphere of intervention, as well as the administration of the consortium, and join the hereinbefore committees. Numerous actors from the public and private sectors were willing to get involved into this collective initiative: city departments, universities, companies, chambers of commerce, professional groups, media, and also non-governmental organizations, such as Soroptimist International, Lions Club, HOPE Foundation, or Virlanie Foundation, represented by Sara Vial and Ton-Trong Ho (program managers based in Bacolod).

The consortium's role and mission, stated in the Executive Order, were presented to the public. It will be in charge of the design of program and budget proposals, project identification and preparation, and project execution. In the following months, the Management Board will establish the guidelines and protocols of the consortium, and specify the membership conditions and role of its members. The first project run by the consortium will be the Bacolod Youth Home, which implementation shall start within the first quarter of 2013.
Posted by BACOLOD COMMUNITY DEVELOPMENT PROGRAM at 3:59 PM No comments: 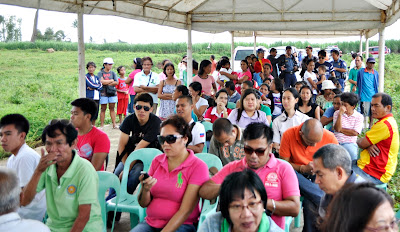 Early August, a ground breaking ceremony was held on the construction site of the future rehabilitation center for the children in conflict with the law in Bacolod City. This landmark event is giving birth to the Youth Home, which is the first project to be implemented within the People-Private-Public Partnership (PPPP).
The construction of the center should start in 2013 in the Vista Alegre - Granada district located in the outskirts of Bacolod City. It falls in line with a relocation program launched by the City for the underpriviledged communities suffering from critical housing and living difficulties. It will offer rehabilitation opportunities to the vulnerable children of these families, who are often affected by delinquency issues.

In Bacolod City, there is indeed no available public infrastructure dedicated to specifically treat and rehabilitate young offenders in Bacolod City. The Social Development Center (SDC) is currently the only institution catering for the children in conflict with the law and the street children. It will function as a processing center prior to the transfer of the children, who will benefit from the rehabilitation program offered by the future Youth Home.

All relevant actors were present on that special day to show their enthusiasm. The City Mayor adressed the guests and the members of the neighbouring communities with a confident and hopeful message. The volunteers' team from Virlanie-Bacolod and HOST-NGO also attended to witness the success of their collaboration with the local authorities. It is safe to conclude that everyone is looking forward for the building to start... 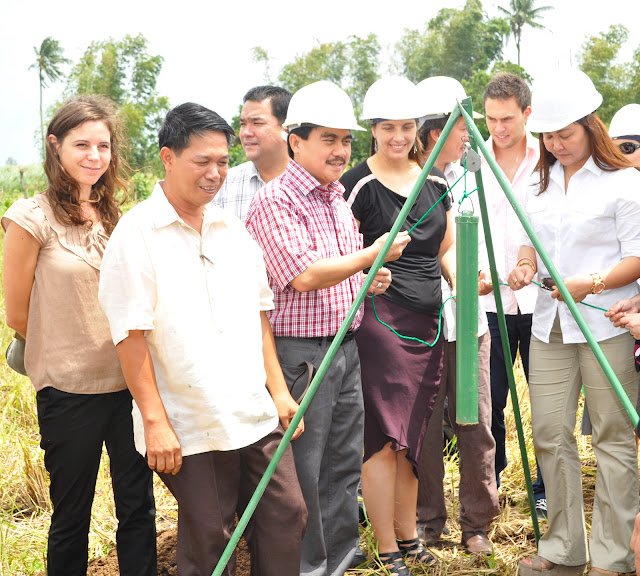 Posted by BACOLOD COMMUNITY DEVELOPMENT PROGRAM at 6:57 PM No comments: